In this adventure I attempt to get the Roland Camm-2 2300/A CNC machine to mill a PCB into some copper board. This is what the temporary setup looks like. I have the CNC machine, laptop, and an old XP machine.

We have procured a set of tools for the Roland specifically for milling and drilling PCBs. I started by testing on some polystyrene (as in the above), which seemed to go OK so I thought I would move to my PCB project. I took the Copper layer and converted it to a bitmap such that Dr Engrave can import it. It was at this point I knew I was in too deep and it could only go wrong. 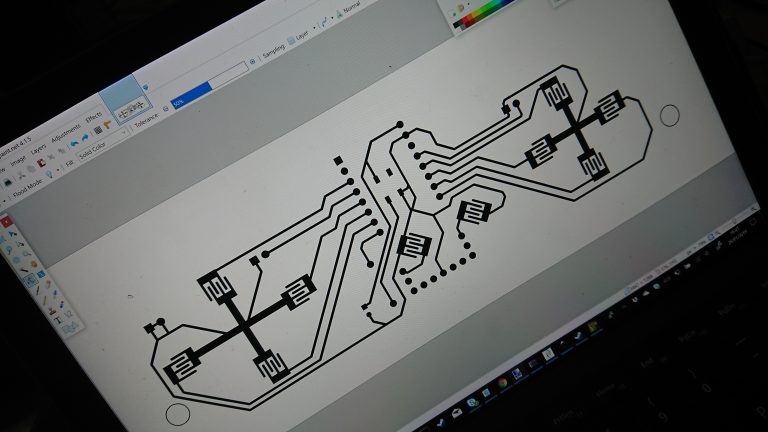 I stuck down the copper board with some double sided tape. After some fiddling with the tool settings and trying to position the tool itself correctly on the Z-axis, I pressed the “print” button and closed my eyes! There was not too much I could do at this point, it was either going to start neatly cutting out the tracks or crash into the end and start eating itself. My polystyrene test did not fill me with any more confidence, but my hand was positioned over the emergency stop button.

After a few minutes of whirring and buzzing, I was presented with this (below)  🙁

It’s not what I expected, but for my first attempt I suppose it could have been worse. Let me take you through it. 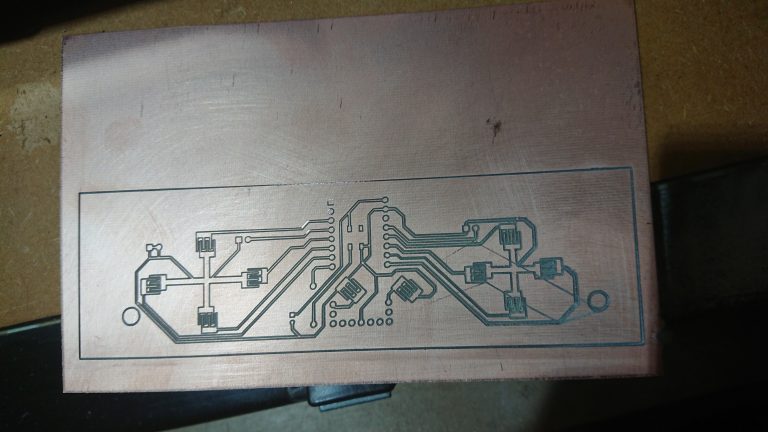 Next steps are to:

Thats all for today, I will keep you updated on the progress.