The Ryanteck Debug Clip allows the Raspberry Pi serial console to be controlled over a standard USB cable from another computer.  This is great where you have a headless Pi and are unable to get it on the network to SSH in.  Ryanteck have provided instructions for using the Debug Clip with the Linux and Windows operating systems.  But I use OSX on a Mac so I thought I’d give it a go to see if I could get it to work. It turns out Ryan picked the Microchip MCP2221 IC as the brains of the board and this IC does not require any drivers on OSX 10.7 or greater.  This is much better than the generic console cable I have been using to date where the driver needs to be re-installed after every OS update.

It was really easy to use, if you want to see how to use it yourself, take a look at this video I produced.

On 6th June the CamJam team held their latest Raspberry Pi event.  Once again it was at the Institute of Astronomy in Cambridge. I had the opportunity to attend this one and dragged the family along.  Although I could not stay for the whole event I had a great time.

Some of the key highlights were: 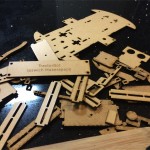 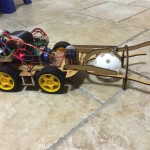 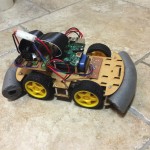 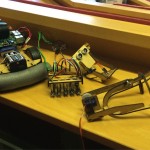 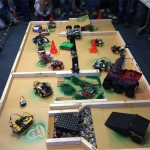 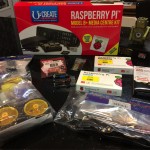 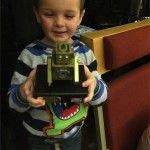