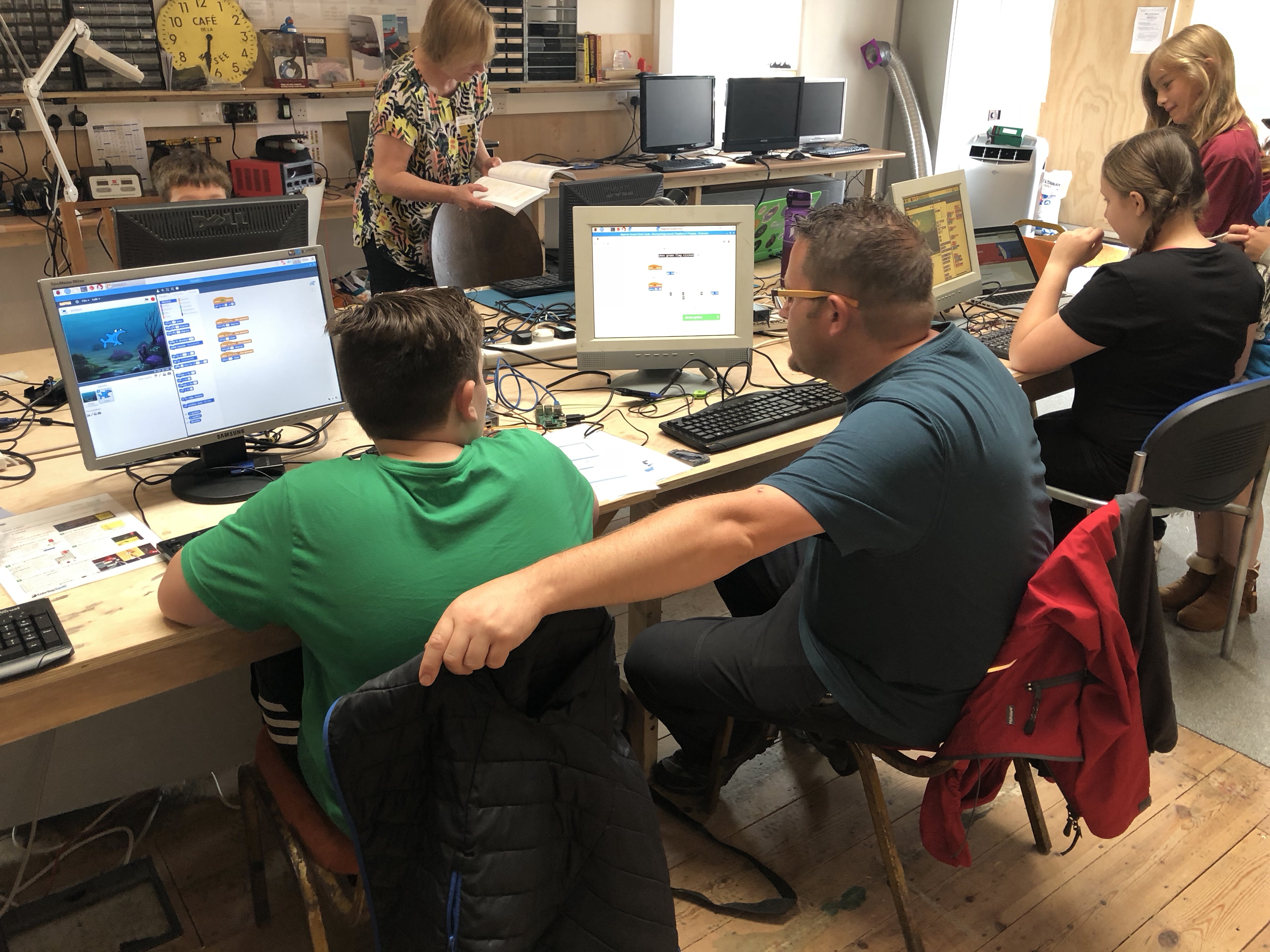 Today we held out first Coder Dojo, we had nine Ninjas (kids) sign up and eight showed up, so a great start. We had themed our first Dojo on the Raspberry Pi, so before every one arrived we setup a Raspberry Pi for each Ninja. Once settled in and after a quick ice breaker we discovered we had a number of skill levels present. Some had never used a Raspberry Pi before, whilst others had used them quite a lot.

The Ninjas all chose something to work on, we had people who had bought their own project to work on, these included robots, breadboard hardware projects, Minecraft projects etc. Whilst others decided to learn how to wire up and programme LED’s as traffic lights, code an adventure game in Python or programme games in Scratch.

All in all, everyone had a great time and it was a shame to have to tell everyone to pack up once the time came to finish up.

I would very much like to thank my co-champions Tim and Sue and also Phil and Andy who did a great mentoring job on the day.